Every year Cape Town hosts the Kirstenbosch Summer Sunset Concerts. It happens in the beautiful Kirstenbosch Botanical Gardens. I went to the Prime Circle concert on Sunday, December 23. I’ll be there for future shows too. These are pics that I got from that concert and from the gardens. View the full concert programme here: http://dogreatthings.co.za/music/kirstenbosch/kirstenboschconcert-programme/

All photos by Yazeed Kamaldien 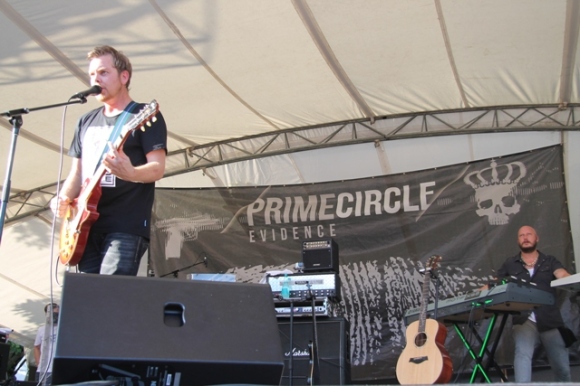 Andiswa Madikane: Teaching girls to box for their rights 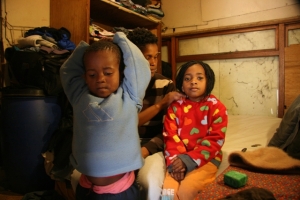 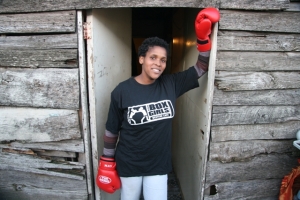 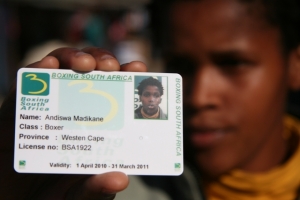 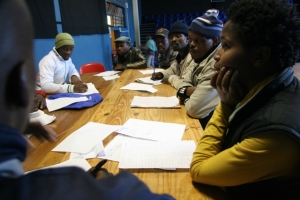 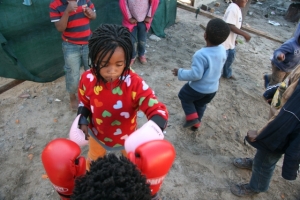 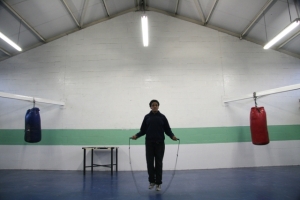 Andiswa Madikane is twenty-six, unemployed, a single mother of two children and shares a two-bedroom makeshift house with eight other relatives in Khayelitsha township in Cape Town. She trains young women how to box. The aim is not to become world champion boxers, but to build their self-confidence in a world dominated by men and gender violence. All photos by Yazeed Kamaldien

Andiswa Madikane is twenty-six, unemployed, a single mother of two children and shares a two-bedroom makeshift house with eight other relatives in Khayelitsha township in Cape Town.

Her way to the top – and that teary-eyed finale – would be that she trains young girls how to throw punches at a township boxing gym while making a difference in their lives. Glory would be hers in this Hollywood version of reality.

There’s no mandatory glorious happy ending yet. But all the dramatic challenges exist.

Every other day, Madikane carries her tattered exercise bike into her backyard.

“I have a punching bag as well but I don’t have place for it,” says the eldest of six siblings.

Madikane fixes the chain and starts cycling. Her neighbours watch as she cycles and passersby curiously turn her way too. After a 30-minute cycle, Madikane jogs to the Khayelitsha Site-C Sports Complex where she skips, does sit-ups and faces the punching bag. She started boxing when she was 12 years old and soon competed professionally.

The community hall, doubling up as a sports centre, doesn’t have separate training facilities for males and females. Young women train alongside the guys.

Madikane guides younger girls at the hall on how to box as part of the Boxgirls International training programme. Boxgirls executive director Heather Cameron launched the initiative in Cape Town in 2009.

It has focused on boxing training for girls in Berlin, Germany, since 2001. A second boxing training centre opened in Nairobi, Kenya, in 2007 and the third was initiated in Cape Town after Cameron met University of the Western Cape (UWC) academics.

Madikane says that boxing has changed her life. It’s her coping mechanism. At the hall, she paces around the punching bag. She focuses on her footwork. She is engaging with thoughts far from here.

“My problem was that I didn’t usually speak to people about how I felt inside. I used to hide my feelings about what makes me angry or sad. Then my coach said that I should not keep my problems inside,” says Madikane.

“He said if you don’t feel comfortable talking to someone talk to the punching bag. Give it all the anger you have inside. It won’t judge you. It will just help ease what’s inside. I started doing that.

“Then I would go home and just tell my mother that she mustn’t look at me in the face. Then I’d tell her what I felt inside. Then she said how she would help me. That was how boxing helped me to talk to my mother about my problems.”

It never crossed Madikane’s mind that boxing wasn’t a sport for women. Her brother introduced her to the sport when the karate lessons they attended were discontinued.

“People told me that I can’t box because I am a woman and that I have boobs. I told them to come to the gym and see what I can do. Then they could see that I’m disciplined and look well. When you box, younger kids look up to you. Boxing teaches you how to be a role model. I now look at myself as someone who can make a difference,” says Madikane.

“You get respect and people admire you. You’re not doing bad stuff and you are together. One parent told me that her daughter was showing her exercises that she could do as well. She thanked me for that.”

“This is about using a fighting sport to help girls know their strength and transform their communities. This is about participatory democracy… You learn how to work as a team and with local politics around sport,” says Cameron.

“It’s a good way to learn about being a contributing member to your community and democracy. Girls learn to be… prepared and confident for bigger things.”

Madikane is an example of this as she gets involved – with male counterparts – in organising local boxing events. The boxing training she offers is complemented with workshops on local government, media skills and career advice via Boxgirls. The focus has always been on empowering “girls who are most vulnerable,” says Cameron.

“Rich, young South African girls don’t need my help. In between horse riding and tennis they have other people who help them. Our girls are smart and ambitious but they just need someone to explain to them how to get to university.

“We find that a lot of these girls who are poor feel intimidated. We want them to feel more secure. They have a right to be leaders.”

And poor training conditions are the least of the girl’s fears, says Cameron. Gender-based violence does them more harm. Cameron says she wants her programme to equip girls with “physical training to protect themselves”.

“These young women are dealing with huge issues of violence. We don’t teach them to hit people. We teach them not to put up with accepting male physical domination,” says Cameron.

“They could hurt guys who come too close to them. They can remove themselves from that situation. They feel confident and they feel that their bodies are worth protecting. They have options and don’t have to use their bodies to get a mobile phone.”

Madikane trains 20 girls in Khayelitsha aged nine to 24. She says the training and workshops with younger girls has helped her find answers to questions about women and boxing. Also, it has encouraged her to “achieve more”.

“I want to let people know that there is women’s boxing in the Western Cape. There are too few ladies doing boxing in Khayelitsha. We are trying to recruit more girls. We want them to get involved,” says Madikane.

She has won amateur championship competitions in the Western Cape in 2002, 2004 and in 2005. In 2006 she met Leila Ali, the boxing daughter of the famous boxing legend Muhammad Ali, when she visited Cape Town.

“When you box you go places and meet people you have never seen. You don’t just stay in Khayelitsha. It was like a dream come true to meet Leila. I only saw her on TV before. I was excited. She’s someone I can look up to. I want to be like her. She can box and she’s a lady,” says Madikane.