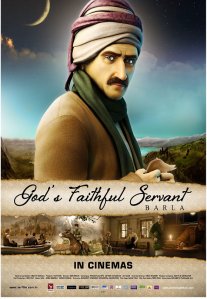 Nationalism is a strange creature at the best of times and a few decades ago in Turkey its protagonists were determined to wipe out all remnants of the centuries-old Ottoman Empire and its Islamic rule.

In retrospect, it is bizarre to imagine that Turkey’s secular government wanted to prohibit citizens from practising Islam when most locals were Muslim.

Savas Karabulut, a Turkish expatriate living in Cape Town, explains that the secular authority during the 1930s to 1950s wanted to force Muslims to forego religion in favour of serving their government’s ideologies.

Karabulut is the Western Cape branch leader of the non-governmental organisation Turquoise Harmony Institute which promotes inter-faith dialogue and activities.

“For 16 years in the 1950s the Arabic ‘athaan’ (Muslim call to prayer) was forbidden in Turkey. The ‘athaan’ had to be made in Turkish. This meant that many people who were making the ‘athaan’ in Arabic started hiding from the authorities. The Arabic version was legalised again years later,” says Karabulut.

“Everybody was also forced by law to wear western style hats. Wearing the turban (a sign of Islamic influence) was prohibited. Of course not everybody wore hats. Those who were scared of the government did. Many also stopped wearing traditional clothes.

“There was a wave of secularism, communism, socialism and atheism across the world. This reached Turkey too.”

Muslims who stood up against the government were sent into exile or imprisoned. Among them was the well-known Turkish scholar and writer Bediuzzaman Said Nursi who was born in Turkey in 1876 and died there in 1960.

Nursi continued wearing his turban in trying times and challenged the secular state with his writings. While the state eschewed nationalism and secularism, Nursi wanted locals to remain God-conscious.

Nursi’s life story is the subject of a recently released animated film, ‘God’s Faithful Servant’. This Turkish production used motion capture techniques to achieve a more life-like animation. This means that the animation was based on recordings of live human action to ensure that expressions are better captured.

The film’s synopsis informs that it explores Nursi’s “life and teachings in a turbulent climate of political and religious change”. It “details his conflict with the regime that imprisoned and exiled him for his controversial views”.

One reviewer on the widely read and referenced website The Internet Movie Database wrote that this film is the “best sample of the Turkish animation movies”. This reviewer also outlines some of Nursi’s past.

“Nursi became a teacher when he was just 16. When World War 1 began, he joined the militia forces of the Ottoman Empire. While defending a city, he was captured by the Russian army,” writes the reviewer.

“He was a prisoner in Russia for a long time until he ran away and made it to Istanbul which was occupied by the United Kingdom at that time. Nursi began to work on organising protests against the British occupation.”

“He was invited to join the (newly-formed) National Assembly (after Turkey’s independence). He refused that offer and went to his village in Van. He was loved by people and the new government started to consider him a threat. He was sent into exile. Isolation and even poisoning followed in exile.”

Karabulut explains that the film details Nursi’s life in exile. It documents Nursi’s struggle against “fantasised ideologies”. He explains that Nursi had achieved public status because his writing was spreading throughout Turkey.

Bureaucrats banned Nursi’s books but that did not deter reproduction efforts. At least 600,000 hand-written copies were reproduced from 1925 to 1950, when his books were unbanned.

“Turkish people believed that they needed his books especially to protect the new generation who had no Islamic identity. They had a secular ideology,” says Karabulut.

He adds that “many people were confused because of different ideologies” and they “felt hopeless after the Ottoman Empire fell”.

“They thought that religion was not going to help them progress. Western countries got rich very quickly through colonialism. There were people who did not believe in God but Nursi wanted to inspire them to believe again,” he adds.

Karabulut says that this film, which focuses on a prominent Turkish Muslim leader, would not be relevant only to Muslims.

“Two million people in Turkey and Europe have watched it. It is an inspiring movie for the youth. Everybody can take some lessons from stories like this,” says Karabulut.

Cape Town designers with eye on the money head to Johannesburg

Cape Town’s frock fraternity flocks north next week for the Mercedes-Benz Fashion Week Joburg with the belief that a presence in the country’s economic capital leads to business growth.

Design duo Malcolm Kluk and Christiaan Gabriel du Toit, who run their Kluk CGDT clothing studio on Bree Street in the inner-city, have shown in Johannesburg for the last ten years. They also run shop in that city.

Kluk said that working in Cape Town and Johannesburg has revealed invaluable insights into what it takes to crack the Gauteng market. It has also exposed contrasts between each city’s fashion sensibilities.

“People are in a hurry in Johannesburg and they want things now. The sales volume in our Johannesburg shop is higher as women walk in and shop. In Cape Town, women prefer to take their time. We sell more bridal dresses at home,” said Kluk.

“They spend their own money. They come to a store and shop in Jimmy Choo (shoes). In Cape Town, women would keep their Choo for a special occasion. That’s how our customers are different,” he said.

“We also find that in Johannesburg women will buy a special dress and wear it to work. In Cape Town, a dress like that is kept for a special occasion.”

Kluk said that showing in Johannesburg was also part of making sure that they were an “international brand”.

“We’ve shown in Johannesburg and (as a result) have ambassador’s wives who shop with us. We plan to open a shop in Pretoria as well because that is where most diplomats live. They can’t take an hour or two out of their day to look for clothes. We need to be there for them,” said Kluk.

He added that to maintain an appeal to wealthy clients – whether in Johannesburg or Cape Town – they produced only nine of each dress that they design for their shops.

“The lady who is the head of the bank doesn’t want to walk into the boardroom and see another woman with the same dress on,” explained Du Toit.

As a brand beyond borders, Kluk CGDT will show collections in Berlin, Moscow and Paris this year. They also will participate in a fashion event in Lagos, Nigeria, before showing in Johannesburg on Thursday night.

Marc Gooding, head of brands at House of Monatic clothing manufacturer in Salt River, said that Johannesburg’s higher salaries, disposable income and power-dressing was good for the fashion business. Monatic will show its C-Squared Carducci men’s formal wear next week.

“About 65% of our sales are in Gauteng. We would go out of business if we just made clothes for the Western Cape,” said Gooding.

“There is a different dress sense in Johannesburg. There is a lot of power-dressing that you see more in other big cities. They are status oriented. If someone is power dressing in Cape Town it would be to wear a nice linen suit without a tie.”

Gooding said that in Johannesburg designers were showing their clothes to an audience that “wants to be seen as being successful”.

“They go out to a restaurant because it is the most prestigious place to be seen at. So when they go out after work they still want to make an impression,” he said.

“We have done research on our customers. We found that a woman in Johannesburg would buy an overcoat just to wear it while walking from her car to her office. It’s all about how you look and arrive through that door.”

Danielle Margaux, a women’s wear designer, launched her label three years ago and will show in Johannesburg for the first time this week. She wants to “create a personal relationship with clients in Johannesburg”.

“It’s a hub for business people and there’s a huge fashion following. People have cash to buy our clothes. In Cape Town you have item buyers but in Johannesburg you have range buyers,” said Margaux.

“I view this as an opportunity to extend my business. I showed at Cape Town fashion week last year and got a lot of new clients. I hope that I will pick up more clients. I want to also sell in more upmarket boutiques.”

Margaux said that showing in Johannesburg could also lead to “more prospects overseas”.

It seems that these Cape Town fashion designers have a tough sell ahead of them though. They are among 25 industry colleagues from across the country participating in 20 shows. Fashion designers from other cities include well-known Johannesburg-based David Tlale and Thula Sindi.